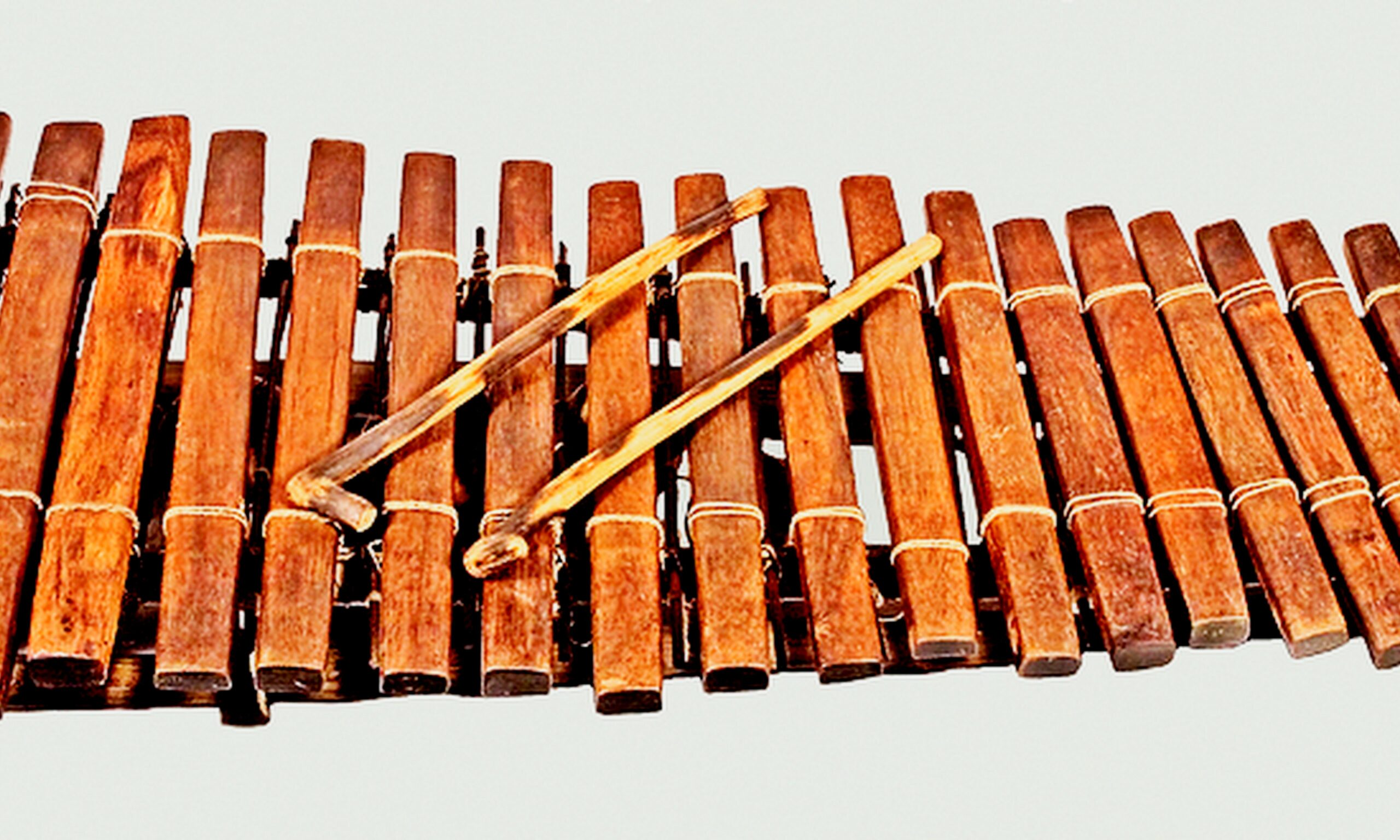 Let’s surmise the evolution of the musicology of Sierra Leone, by outlining the preeminent cradle of the people. What are the various cultural influences in the melting pot of this West African nation? When it comes to the land, we know that there is always a mountainous peninsula. There is also a vast savannah landscape in the framework. The name Sierra Leone means “Lion Mountain.” Some of our veterans of history have said that the old people referred to the region as “Romarong.” History describes a Portuguese spy named Pedro de Sintra as an explorer. It credits him for renaming the country, “Serra de Leoa.” The spy returned to Europe with reports about high deposits of natural and mineral resources.

They came from all over the world with diverse languages, skills, experiences, cultures, and, of course, music.”

Upon receiving the news, the British ousted the Portuguese. At that time, England and France raced to conquer and pillage any parts of the world possible. The United Kingdom changed the name to Sierra Leone. In this nation, the earliest tribal people are the natives. Hundred of years earlier, they migrated from eastern Sudan as well as from western and northern Sahara. Next are the Portuguese, French, Dutch, and British. They arrived from Europe. Finally, we have the West Indian and Creole people. They repatriated from the United Kingdom, Canada, the United States, and the British Caribbean Islands. Freetown (the capital) was a refuge for fugitives and liberated slaves from all over the world.

Still, some of the French and other European slavers continued to capture and enslave the West Africans. That was after the British had abolished slavery and the slave trade. When the Royal British Navy caught the illegal slave traders at sea, they arrested them and freed the Africans onboard their ships. Unfortunately, there was no record of the part of West Africa, from where the slavers had apprehended the human cargo. The British Navy brought those latecomers to Sierra Leone. The “Freedom Gate” became a beacon of hope for many people. Consequently, Sierra Leone welcomed a mix of people. They came from all over the world with diverse languages, skills, experiences, cultures, and, of course, music.

In the article, “Popular Bands from Sierra Leone: 1920 to Present,” published by Professor J. Southern in the 1973 to 1990 Journal, “The Black Perspective in Music,” Christian Dowu Horton wrote: “This report on popular bands of Sierra Leone, active from 1920 to the present, is intended to fill the gap in an area of musical activity where there has been a death in documentation. It is based on data that I have collected over a long period of time with the hope of being able to achieve that objective. In this paper, a survey of the activities of popular bands and popular musicians during the years 1920 to 1980 will be inter-worked with an appraisal of the instrumentation, playing style, and other aspects of a selected repertory of popular music.

In particular, selected texts of a class of popular songs of Sierra Leone in vernacular languages will be analyzed as illustrative of a “Tin Pan Alley” type of music found in Sierra Leone. The year 1920 is chosen as a convenient starting point since records about popular bands and musicians before that date are hard to find if there ever were any such bands. In the interviews, I conducted with retired members of popular bands, their comments confirmed the virtual absence of such bands before the 1920s. It was this situation that caused men and boys of the so-called Old Boy’s Bands of the S. M. S. Grammar School (ie., Church Missionary Society Grammar School) and the Wesleyan Boy’s High School to come together to form the popular band….

…there were regular offerings of concerts, operettas, and choral performances, both religious and secular.”

…that began to appear in the 1920s and 1930s. Before and after 1920 there were music schools for girls and young ladies, to which the Casely-Hayfords (particularly Chief Mrs. Adelaide Casely Hayford) made their laudable contributions. Also, according to newspaper announcements in the “Sierra Leone Weekly News,” in Freetown (the capital city) there were regular offerings of concerts, operettas, and choral performances, both religious and secular.

In fact, such announcements can be traced back as far as 1886, the year a notice was published about a solo concert to be given in Freetown by a European named Snell. As stated above, when popular bands began to appear, in the 1920s, their membership consisted of those who had been recruited from Old Boys Bands of the two secondary schools. It should be observed that the bandmasters of those bands, Henry Smart and Professor Ebenezer Johnson Greywoode contributed in no small measure to providing the necessary inspiration…”

We have an insufficient account of the Sierra Leone musicograph. We know the British abolished the slave trade in 1807. And remember the first bands began to play in the country in the 1920s. So between 1807 and 1920, we had kindred folk singers. They played traditional instruments and sang the stories of the time. Those classical singers came mostly from one of the fourteen tribes in the realm. Most times, the elders named the Mandingo, Mende, Susu, or Temne music. The Portuguese, Dutch, French, and British explorers, loyalists, abolitionists, and colonists imported religious and secular concerts, operettas, and choral performances. An 1886 flyer promoting a show by a European called Snell, survived.

Regardless of the lack of adequate records or documentation, we know that a pianist named John Akar composed the melody of the national anthem of Sierra Leone. It is entitled “High We Exalt Thee, Realm of the Free.” A poet and songwriter named Clifford Nelson Fylewith wrote the lyrics. In 1961, another orchestra master called Logie EK Wright created the arrangements for the song. We can assume that between 1807 and 1920, the tribeswomen and men in the protectorate region played folk music. The diverse population in Freetown engaged in European styled religious or secular concerts, operettas, and choral performances. Everyone enjoyed the traditional folk music from the hinterland.

Indians and Lebanese, who had immigrated to the country in the 1930s to the 1950s, were now second- and third-generation citizens who also provided musicology with tunes from India and the Middle East.”

I feign that between the 1920s and 1980s, some of the most influential conductors of the Old Boy’s secondary schools marching bands came up with the idea to ​​form religious or secular bands. Therefore, the graduate students from those school bands became professional musicians. Their groups went on to be national symbols. They traveled all around the country. Later they toured the Diaspora and the world. In the 1980s, the traditional folk music offshoot into Palm Wine music. Those musicians used Western musical instruments such as the guitar or electric organ. There was also another variation of the sound, called “Gumbe.” Those musicians employed African drums and musical instruments.

Also, Bob Marley and the Wailers became a global sensation in the 1960s to 1980s. Together was Peter Tosh, Steel Pulse, Burning Wailer, and other famous Jamaican Reggae singers. They spread Reggae in the world, including Sierra Leone. East Africa was also influential when its Congolese music reached Sierra Leone. Indians and Lebanese, who had immigrated to the country in the 1930s to the 1950s, were now second- and third-generation citizens who also provided musicology with tunes from India and the Middle East. The 1970s decade saw the rise of revolutionary anthems about Zion and Babylon. Many young men became political activists as Nelson Mandela remained in prison.

By the mid-80s, Michael Jackson, Prince, and Madonna spread American Pop music to the region. There were tiny pockets of Sierra Leoneans who enjoyed R&B, Soul, and Dancehall music. The Sierra Leone people reasoned primarily under British mentality. At that time, the people valued education. They mostly appreciated traditional Palm Wine and Gumbe music. There was poverty, political unrest, and suspicion of corruption in the newly established government. After the Declaration of Independence, many in the population turned to the revolutionary melodies of Reggae music. Those who enjoyed some financial opportunities basked in the solemn ambiance of Congolese music.

In the early 90s, Hip Hop had its debut in the scene. The African American art form could not easily take root in the British colony. Therefore the elders rejected Hip Hop as well as R&B and Soul. These genres fell to the minority. The other types of music had a long history and familiarity in the country. However, Hip Hop exploded by the mid-1990s. Sadly, the civil war sent many Sierra Leoneans seeking refuge in neighboring countries. From those countries, a new generation of singers emerged. Guinean, Ivorian, Gambian, or Senegalese rappers rapped in their native languages. The Sierra Leonean refugees learned from that and developed a new generation of performers. They reinvented Salone music.

Today’s music from Sierra Leone is a fusion of all the different sounds that I have described in this blog. Salone rappers use Afrobeat, the latest powerful sound from Nigeria. They rap Krio lyrics. Some singers play a westernized version of Gumbe. We have almost lost the once prominent Congolese music. Our traditional folk music is close to extinction. Today’s generation of Sierra Leone musicians does not identify themselves among too many music genres. That’s why I’ve become an avid proponent of specifying music genres in Sierra Leone. Almost every musician has adapted Hip Hop mannerism and dress code. Some say they play Hip Hop even when their music is nothing close to the making of the genre.*