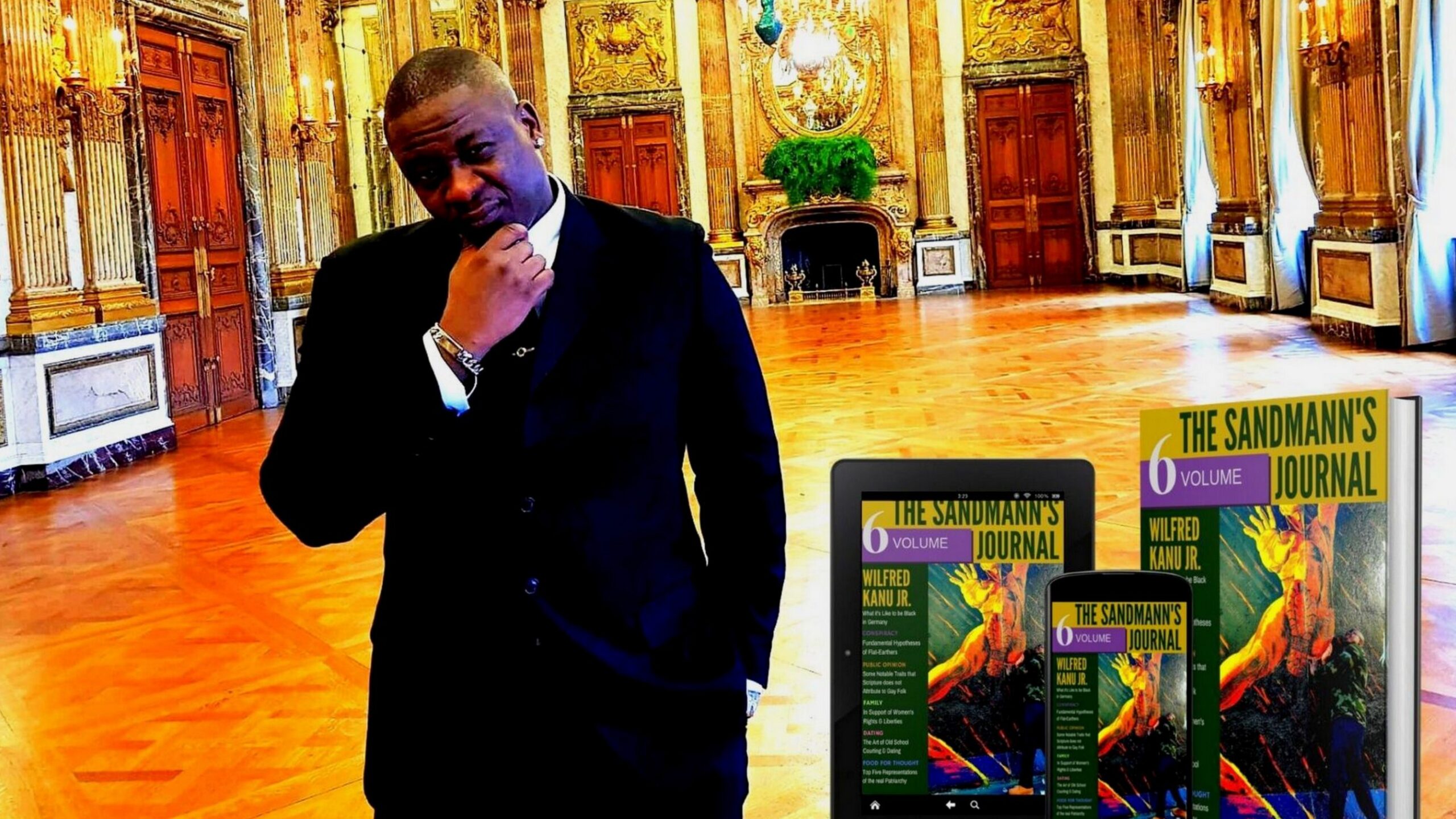 This seven-book series includes the blogs I wrote between 2008 and 2020. As a Hip hop artist, I wanted to process what I see as a psychological change in the global mentality of people. I’m someone who came to the world in the late 1970s and grew up in the 1980s and 1990s. Under the Abrahamic mind frame, I had to cope with the temporal changes that took place after the year 2000. I believe our global society had trained us to think and behave one way. When we grew up, those lessons became outdated. As Sandmann, I am jotting each topic in my journal. I’m expressing my confusion with the synthesis of the Abrahamic and temporal beliefs. That’s why I called the series “The Sandmann’s Journal.”

Let’s do a breakdown of the illustration given by The Center for Generational Kinetics to describe what I mean.”

I’m writing these books from a first-person perspective. By Abrahamic thinking, I refer to the original teachings of Judaism, Islam, and Christianity. The subjects of my focus are my reaction to the rise of radical feminism. I also address the issue of racism from an African perspective. As well as the economic disenfranchisement of the poor. In my opinion, as Sandmann, several agents from the West have pushed for the global change from a religious to a secular mindset. These include the Western governments, mainstream media, large corporations, social media, the judicial system, and the court of public opinion. To tackle this topic, I have oriented myself towards conspiracy theories. I give my objective perspective.

This book series is about the influence of the public’s attitudes through social media. It is important to note that I do not intend for it to be offensive. Let’s do a breakdown. My illustration anchors to The Center for Generational Kinetics to describe what I mean. According to their analysis, five generations exist at the time of this publication. These generations are the “Traditionalists or Silent Generation (born 1945 and before), Baby Boomers: Born 1946 – 1964, Generation X: Born 1965 – 1976, Millennials or Gen Y: Born 1977 – 1995, and Gen Z, iGen, or Centennials: Born 1996 – TBD.” Now consider that every generation has social, political, religious, ethical, or traditional norms to pass on.

Then imagine a generation between two others. According to The Center for Generational Kinetics, I (The Sandmann) belong to the Millennials or Gen Y. Other institutions classify this generation as Gex X or a micro-generation, which they call Xelinials. We have the Baby Boomers and the Generation X who came before us. And the Generation Z, iGen, or Centennials that came after us. Another driving force that inspires this series of books is upstanding and ethical conflicts. They are the social, moral, religious, ethical, and traditional norms of Baby Boomers, Generation X, Millennials or Gen Y, and Gen Z, iGen, or Centennials. One does not need to be a genius at rocket science to make this connection.

I document my observation of tried and tested social changes that have taken place in the past twenty years.”

In my opinion, most of what the Millennials or Gen Y or Xelinials learned from their predecessors, the Baby Boomers and Generation X, are inapplicable in the current Gen Z, iGen, or Centennials world. And the fundamental shift in that mindset stems from a switch from Abrahamic to temporal beliefs. Moreover, I have based the information in this series on facts and opinions. “The Sandmann’s Journal” is not a news source. It is for educational purposes. Use it as a reference or as a historical document. It marks the time when social and political ideologies changed from our generation to the next. It is not a script that justifies discrimination or bigotry against those who live outside of its scope.

The Sandmann deals with changes in his world by writing them in his journal. Volume 6 is the next part of his series of seven books. As opposed to Volume 5, this publication highlights our different ideas. There are such issues as masculinity, racism, flat-earth, and parenthood in today’s mainstream society. We live in a generation in which social media has formed a podium for public opinion. Numerous powerful Western agencies are committed to change cultural norms, traditions, religious beliefs, public opinion, or even law enforcement and the judicial system. In this volume, I continue to document my observation. These are tried and tested social changes that have taken place in the past twenty years.

The book also sparks interest in some of the banal events in Hip Hop and the entertainment industry. Like the other volumes in this series, it places a high emphasis on the psychological friction that encompasses the changing mentality between the generations. I identified the court of public opinion, the statistical expedition from marriage to divorce, and how men should cope with misandry. This volume is my first publication of the 2020s. Another unique feature of this edition is that the cover picture showed me when I visited the Berlin Wall, Germany. These entries also come from my most recent blog posts, in which I have deciphered many of the circumstances that have led to heated debates since 2010.

You can find such an example in my rendition of the dating experience of the 2010s in contrast to the 2000s. There is also a segment that speaks of support for women, LGBTQ+, and law enforcement. This edition does not speculate on the government, major corporations, mainstream media, or educational industries, in the same context as volumes 3, 4, and 5. Yes, Volume 6 also speaks about Africa. It accepts the various psychological transformations that the government, major corporations, mainstream media, and the educational system have implemented in the motherland over the last twenty years. This part is where we adapt to the changes that I had spoken about in the previous volumes.

This volume is my first publication of the 2020s. Another unique feature of this edition is that the cover picture showed me when I visited the Berlin Wall, Germany.”

You will read about why I sided with Drake, during the Pusha T beef, my take on Meek Mill’s bid for prison reform, and Kanye West’s “slavery is a choice” statement. There is a discussion on holding men accountable, parental alienation, single motherhood, and my top five journalists. Some of the chapters are part one or an introduction to other sections, which will appear in the seventh and final volume. Those illustrations include a description of what it is like to be a black person living in countries like Germany and Canada. After reading this book, you should begin to grasp the picture I’ve been painting, and then everything will make more sense. The next and final edition is volume seven.

I am publishing this book off Freddy Will Publishing. That is one of my two publishing houses also with Badson Publishing. I will publish this book on February 20th, 2020 after which it will be available online and instores. Once it is released “The Sandmann’s Journal Vol. 6” will be my nineth book containing new information and my tenth publication. That is because my previous book, “Crime Rhymez,” is a second edition of my first book, “My Book of Chymes.” I plant to publish a second edition for my first three books. In the summer of 2020, I also plan to publish my highly anticipated book, “Written in Gold.” So far, you should expect thirteen books in total, although three of them will be second editions.*